January 20th, 2020 had a lot of hype from the City of Richmond, VA. It was ground zero for the Gun Rights Community and it was going to be armageddon to the Democrats in the capital. Wild claims had been made and fears had been stoked. With tensions at a fever pitch I think we all held our breath as the sun came up this morning.

As dawn broke the crowds started showing up en mass. Many carrying flags, banners, signs and most carrying their freedom on their shoulder or hip. At a brisk 19 degrees with a a biting wind everyone was bundled up. For many folks the warmest jacket they own is their hunting jacket. The sea of camo was evidence these were folks who like to hunt. A few militia looking groups did show up and march in formation but they did so peacefully. Vets carried their rucks and other gear showing their pride in service to this great country. The one thing you did not see was anyone out of line. No violence, no hate, not even a hint of what the governor had said he feared. That was awesome. Anitfa decided not to show up, gee I wonder way? There were no counter protests that I am aware of. 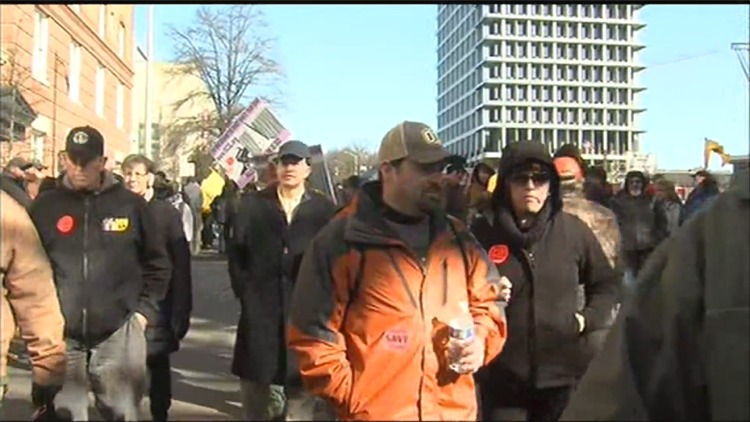 There were some technical glitches with the event. A live radio broadcast was supposed to include the speakers at the podium but the link never went live and the words given to the crowd stayed with them apparently. A few live streams were attempted from the event but they seemed pretty spotty as well. The local media was covering the event pretty well and one local station had a live video stream available on their website. The coverage actually seemed somewhat fair for the most part. I’m sure the national media with play it however it best suits them but for the folks in Richmond this was a successful, peaceful rally for freedom. On even said “this was the safest place in the country today”. Guns are good, more guns are gooder! 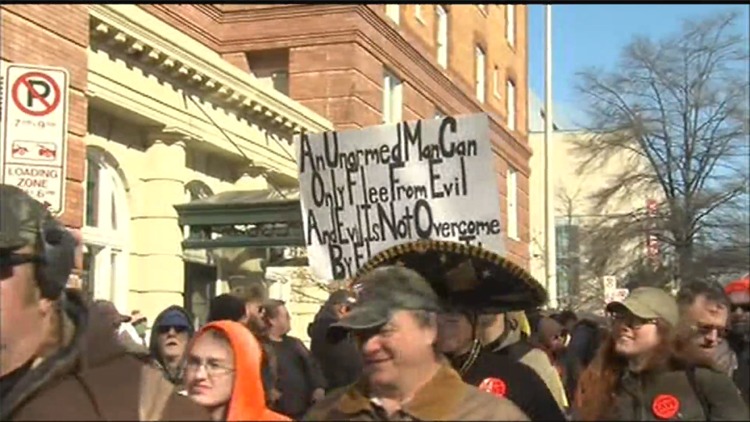 As for the event itself, I think a lot of people thought it would be a somewhat bigger deal. I’m not talking about the number if people who showed up, that was impressive to say the least. I mean, the governor had ordered all staff and some other employees to stay home. These are the folks the crowds would likely get to actually talk to and deliver their concerns directly to the lawmakers (or at least their staff). Not sure how that effected that aspect of the event but it most likely did not help. The permit for the event expired at noon and as the clock struck 12:00 most people were making their way to the exits from the small pen on the capital grounds. The streets were still very crowded and those folks would be slow to move. A small group of Republican lawmakers did make their way outside to wave at the crowd but the fences made sure direct contact would be impossible. Snipers watched from above. 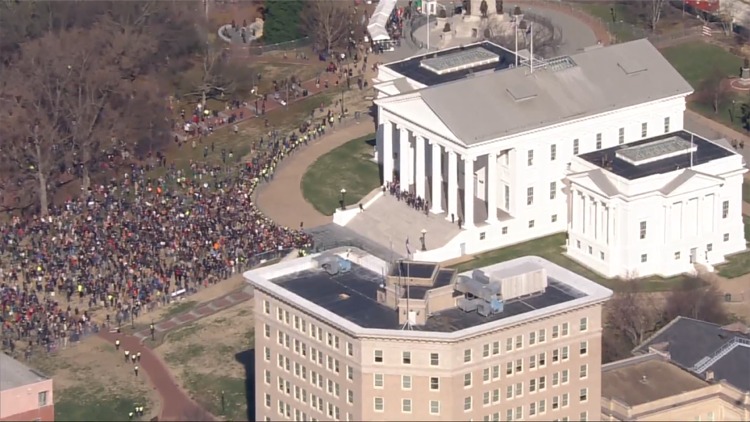 So, what did we learn today? What did the movement gain? What will the media say about all of this? Will it change any minds? Time will tell us that and more. One thing is for sure. The left tried as hard as they could to paint the patriots who showed up as gun totting white supremacist and that narrative fell apart pretty fast. The governor will undoubtedly falsely take credit for stopping what would have been a bloodbath had he not acted so boldly. Bloomberg and Sorros will spin this to insight fear in their base and the fight for our rights will go on. One thing is for sure, if the left did not see this as a wake up call going forward then they are idiots. The silent majority is silent no more. This event was not just about left versus right, it was about freedom and tyranny. When a government fear the people you have freedom. When the people fear the government you have tyranny. Today I think we had freedom and that is always a good thing! 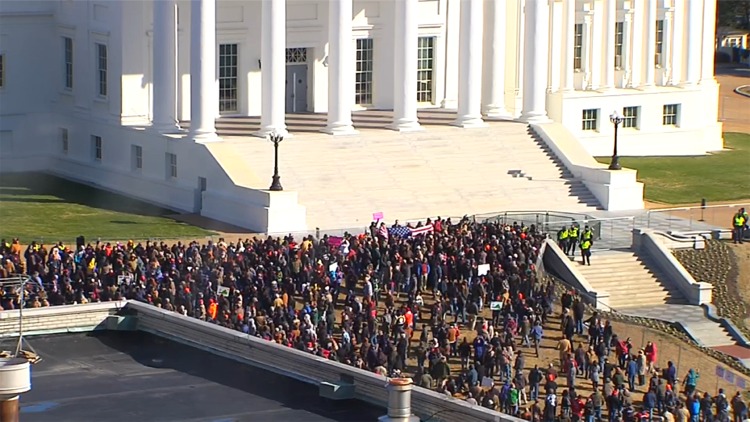 This site uses Akismet to reduce spam. Learn how your comment data is processed.

You may have missed

Fudds In A Modern Age