New Jersey has some of the craziest gun laws in the nation and this story proves that point. Roosevelt Twyne, a 25 year old armored car security guard was on his way home from work in February when he was pulled over by police for illegal window tint. When he was stopped he informed the officer he had a gun and a permit to carry the gun. In just about any other state that would have been the end of the conversation and he would have received a warning or possibly a ticket for the window tint. This again is New Jersey so….

“He was arrested for the hollow-point ammunition,” Twyne’s attorney, Evan Nappen, told the Free Beacon. “Then they claimed he was transporting his handgun illegally. He had a permit to carry a handgun. The law makes it clear that it’s illegal to transport unless you are licensed, pursuant to Chapter 58. And that is precisely what a handgun carry permit is.” 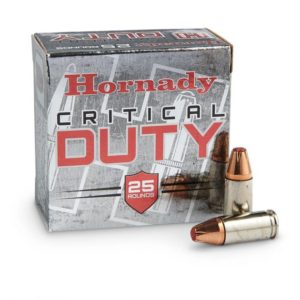 “It’s lawful,” Nappen told the Free Beacon. “It’s publicly announced as lawful because it is. It’s not hollow. It’s filled.”

Mr. Twyne is still facing charges on this case. How, I have no idea but the legal system moves pretty slow once they get what they want. In this case it was a black man with a gun off the street. Never mind that this particular black man is a security guard and had jumped through all of their legal hoops to get his permit. He purchased a gun that met the restrictions in New Jersey and was carrying ammo that the state police specifically call out as fully legal. Now I specified he was black but in new Jersey they really don’t care nearly as much about your skin color as they do about the gun. I know several white guys who have had this same issue in New Jersey. The cops don’t care. Arrest them all is the plan. Charges usually get dropped or pled down a year or so later but lives are ruined and they NEVER get their guns back. Its not right!

Obviously Mr Twyne has not been able to work as the cops took his gun and permit away. Now he has insane legal bills to deal with. If you would like to help him out you can visit his GoGetFunding page setup by his lawyer.

If you live in New Jersey please try to help elect better representatives who will fix this sort of BS and help protect the rights of all of it’s citizens. This should not happen in America, anywhere!

Now for my next question. Why the hell is hollow point ammo illegal in the first place? When morons right laws about things they know nothing about this is the sort of thing that happens.

Arizona Assault Weapons Ban? You heard that right. There is so much more too.

This site uses Akismet to reduce spam. Learn how your comment data is processed.

You may have missed

Fudds In A Modern Age